3RD
QUARTERLY REPORT FOR THE YEAR 2014

This report covers the period from May, June, and July 2014. It is a report detailing KCA's work during the mentioned period.

Rural Men and Women able to initiate and sustain their own economic, political, and social to improve their living standard.

It is worthwhile to note that to date Trained Change Agent members have organized themselves voluntarily in 26 branches. 24 of these are in Nyanza Province while 2 are in Western Province. These branches are now joining hands together to register as CBOs through district chapters. This is being done to enable them
to attract both local and international funds to sustain their own projects without depending on the organization funds.

ECAT remained the flagship program for the organization which has resulted to an impact in changing the living standard of the people living in the rural community, in Nyanza province.

During the period of May to July this year 2014, the KCA conducted two workshops on ECAT as follows:

·
On 23rd of May the workshop was conducted in Hands of Hope Village Savings and Loaning groups in south west Gem. A total of 66 participants that attended.

·
These two workshops are now adding up to a total of eighteen  ECATs that had been conducted since the program was initiated.

ECAT workshop that was attended by UCAA. Ubbink. And other organization

KCA staff continues with the solar campaign in different constituencies in Siaya and Migori counties, the campaign has contributed to a real impact, and now the people themselves are able to testify the importance of the use of solar lanterns. Almost 80% have adopted the culture of using solar lanterns.

It had been realized by the people living in the rural community that since they started using solar lanterns, their economic status  has improved, and majority who are doing table banking are testifying that their shares has increased with 50%.

The KCA have managed to audit their account books for the past six years, and filed everything to the
NGO- coordination board.

1.
Community empowerment through ECAT has totally improved the livelihood of the rural community with a real impact on use of solar lantern.

2.
KCA has managed to find its roots through ECAT in the whole of Nyanza province.

3.
Through ECAT program, some young trained change agent managed to get employment with the Sollatek Company.

4.
ECAT has made ARO program be known in the whole of Siaya county. 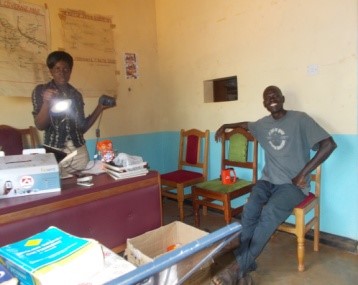 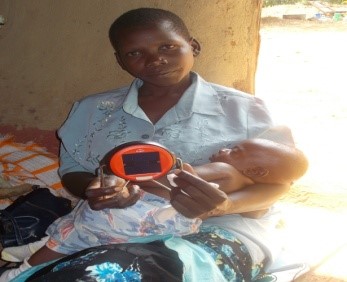 Real project has impact; these are true testimonies on how solar lanterns shine people's life.

KCA has a lot to do in the community, it had been realized that the organization has some uniqueness when it comes to its activities/ the methodology which is self-reliant participatory development has a great role to play in the community. More support is needed to make the ongoing program be implemented fully.

Many thanks to our donors for continued support to keep KCA a live for the past ten years. The Linda
Foundation may you live to continue with the spirit of helping improving the livelihood of rural communities in Africa!!!!!!